52-WORD BIO: Sandy Carlson was born in Michigan, lived in six other states, and is now back in Michigan. She is a former elementary teacher, a former long-term member of SCBWI, and a blogger. She’s published in magazines, ezines, newspapers, anthologies, and books (historical fiction and fantasy). Sandy now writes full time and speaks at schools, libraries, and bookstores.

Here is a picture of me, Sandy Carlson, in the second grade. In kindergarten, I told people my parents called Sandy because I ate sand. I was disappointed when I found out that wasn’t true.

I wasn’t a fast or good reader, but I loved making up stories and telling them to my siblings, cousins and friends — especially spooky stories inside dark-dark closets.

I became a teacher and learned to love reading. I loved books so much I even became an author! My favorite author is C.S. Lewis because he wrote for both kids and adults, and was very smart. I was a member the world-wide writing organization called SCBWI — the Society for Children’s Books Writers and Illustrators — for seventeen years.

I have climbed mountains, swum in oceans, and run down sand dunes. I’ve outrun wildfires, hid in a basement from a tornado, cleaned debris from a hurricane, outwalked the incoming tide at Fundy Bay, and survived our house getting smashed by 100 year old trees. I’ve ridden horses, been on cattle round-ups, avoided stepping on rattlesnakes, was charged by a wild boar, cleaned oil off of turtles from the largest inland oil spill in USA history, and know how to put a worm on a fish hook — although the first time it took me twenty minutes. Generally, I’d rather be outside than inside.

I have one husband (my very own hero) and two grown sons who are really cool, one awesome daughter-in-law, and an amazing grandchild.

We’ve had lots of pets in our various houses, but right now the only “pets” I have are our backyard animals – birds, black squirrels, rabbits, deer, raccoon, and lots of bugs.

Sandy Carlson was born in Michigan and grew up in Ohio as the middle child. She graduated from Bowling Green State University (OH) in education and taught 1st, 2nd, and 5th grades, as well as special education (K-8) and literacy (K-3). She received her master’s degree in guidance and counseling from University of Wisconsin – Platteville, and following graduation married her hero, a Wisconsin boy, thinking she’d live in Wisconsin for the rest of her life. Six months later, they moved to Illinois. Later they moved to Iowa, then to New York, then South Dakota, and now back to Michigan. They have two grown sons who are also her heroes, and three cutie-patootie grandkids.

She was a camp counselor, Girl Scout Leader, a Youth Education Specialist for both a children’s garden and a natural history museum, and a children’s choir director, and tutored dyslexic kids. Today she writes, speaks, and plays outside.

Sandy is a member of SCBWI. She’s been published in magazines, ezines, and newspapers, as well as two anthologies. She’s published three Michigan historical fictions for the 8-12 year old reader with more in the works, and fantasies for the 10-14 year old, again, with more to come.

She has gone on bison round-ups, outrun wildfires, hiked in deserts, climbed mountains, and swum in oceans. She now combines her love of teaching, writing, having adventures, and learning history to do school visits and a story-building writing workshop. She also speaks at writers conferences and other venues.

Stacks of Flapjacks (Informational NF to go with Logging Winter)

May 5, 2015 — Interview with Zinta Aistars “Between the Lines” on WMUK 102.1 FM in Kalamazoo, MI, taped on April 3, 2015; The link gives some written highlights, and then links to a short version (8 min) of the interview and a longer one (27 min): http://wmuk.org/post/between-lines-indie-books-and-writers 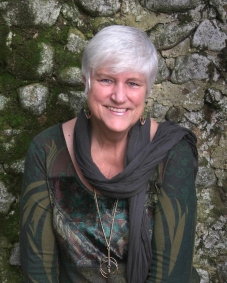